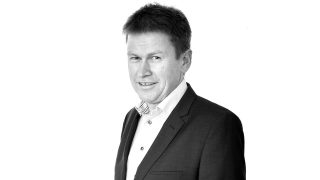 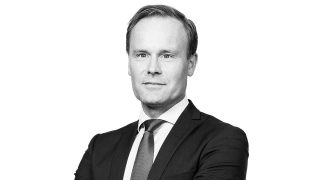 Next step in autonomous snow removal at Norwegian airports.

Norwegian airport operator Avinor is now taking the next step towards autonomous snow removal through a new framework agreement regarding the purchase of self-driving runway sweepers. The self-driving technology is developed by the technology company Yeti Move AS, where Semcon is one of the co-owners.

Since the winter of 2018/2019, a number of self-driving runway sweepers are being tested at Oslo Airport. With Avinor’s new framework agreement with snowplough manufacturer Øveraasen, which runs for eight years, more autonomous vehicles will be put into operation during the winter of 2021/2022. Behind the self-driving vehicles is the technology company Yeti Move AS, which delivers the control system that runs the autonomous operations. The majority owners of Yeti Move AS are Øveraasen, Husqvarna and Semcon.

Today, efficiency and automation are high on the agenda of airlines and airport operators worldwide and the benefits of autonomous snowploughs at airports are many. In addition to cost efficiency, the new technology entails a higher capacity and greater clearing width, which makes it possible to reduce the number of vehicles and thereby achieve major environmental benefits. The system is also developed with so-called “condition monitoring” which provides a complete overview of the equipment’s condition and possible service needs.

The contract with Avinor is an important step in the development of Yeti Move and gives the company a world-leading position in autonomous snow removal at airports. This is a result of years of collaboration with Øveraasen as a machine supplier and Semcon as a competence partner.

Peter Due, CEO of Yeti Move

Semcon has extensive experience in developing autonomous solutions, from first idea to finished solution. We have been part of Yeti Moves' journey from the start and are proud to have, as a development and competence partner, contributed to developing the software platform that makes autonomous operation possible.

Better roads thanks to autonomous technology

LIDAR vs RADAR for Applied Autonomy