Diversity brings value to our business offerings, our culture, and our personal development
Select market
Share this page on 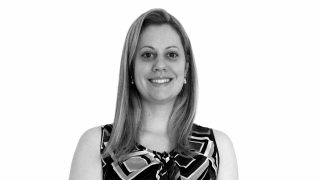 Diversity brings value to our business offerings, our culture, and our personal development.

“I strongly believe in the empowerment of people. It’s all about listening and encouraging everyone to have the same opportunities to show their ideas or solutions.” Roger Terada is team leader at Semcon in Resende, Brazil. Read his Semcon Story about why diversity is of such importance for the operations.

Brazil is a multicultural and multi-ethnic country with a lot of immigrants who came here trying to improve their lives. We don’t have one single racial or ethnic majority – and I think that makes Brazil strong and unique.

Diversity brings great value on both organizational and personal levels:

It is very important to work actively to maintain an open and broad horizon to ensure that we achieve a good mix of employees.

In Brazil, whenever possible, we look for new team members who fit into Semcon’s inclusion programme based on the recommendations of hiring PWD (people with disabilities), young apprentices, and as much as possible, maintaining a preference of hiring women over men. We also offer lectures and training focused on these topics and I always try to encourage and motivate our employees to take part in them.

My history at Semcon started on December 1, 1999 when we were just doing IVM projects, and we used to develop wiring diagrams for automotive clients.

After this first experience in the automotive world, I was invited by this client to join them. A lot of hard work in different areas and great opportunities consolidated my career in the light vehicles world. On December 1, 2020 (precisely 21 years later!), I returned to Semcon Group. But this time, to lead a group developing technical information for heavy vehicles – trucks and buses. Light or heavy, the automotive industry stimulates my passion and obstinacy to do my best, always supporting and team building with this same passion. My passion for cars goes beyond work, so much so that I have a complete workshop in my garage, with lift, hydraulic press, air compressor and much more!

Interest in music led to a career as electrical engineer

Sharing is the foundation of collaboration