Reports and presentations
Select market
Share this page on 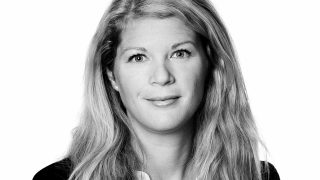 
It is gratifying to see how the trend from previous quarters is continuing, with margin improvements and a strong cash flow at the end of the year. Revenue continued to be affected by lower volumes due to the COVID-19 pandemic, but we can see a gradual increase in investment willingness in several sectors. Our adaptability during the year has paid off – during Q4 we achieved an operating profit of SEK 49 million (49), which is in line with a strong year-earlier period and corresponds to a historically high operating margin of 12.1 per cent (10.0).

Despite SEK 37 million (8) in non-recurring costs for restructuring in the second quarter, we reported an operating profit for 2020 of SEK 130 million (142) and an operating margin of 8.0 per cent (7.6) – which means we have now reached all of the financial objectives previously set by the Board. An outstanding achievement by our dedicated employees.

Accelerated strategic shift
The past year has been challenging in many ways, but it also saw some positive progress resulting from e.g. the stronger digital trend. The strength of our digital aftermarket solutions is apparent in the Product Information business area (PI), which grew 8 per cent in 2020. Most of the business area’s largest customers reported organic growth during the final quarter of the year, at the same time as productivity was high, there was continued growth in the share of multi-site deliveries and the proportion of long-term managed service contracts reached 75 per cent. The operating margin for PI was 15.4 per cent in 2020, a rise of 6 percentage points compared with 2019.

The Engineering & Digital Services business area (EDS) was negatively affected to a greater extent than PI from COVID-19, but ended the year on a positive note with an operating margin of 12.2 per cent (10.9) for the fourth quarter. Growth was adversely affected by the pandemic, in part through weaker demand from the automotive industry. The restructuring conducted in the second quarter has accelerated the strategic shift through competence renewal and industry diversification. Technology development is a crucial component in creating a sustainable world and investments in innovative technology, such as digitisation, electrification and automation, have continued to increase. Semcon, with its combination of advanced engineering skills and digital excellence, is in a good position to grow.

Updated objectives with new focus on growth
Since 2015, the Group’s operating margin has risen from 3.5 per cent to 8.0 per cent. During the same period, we have strengthened our financial position from a net debt of SEK 78 million (2015) to the current net cash of SEK 199 million. Now that we have been strengthening our profitability and financial position, we are entering a new phase, where we can build on our strong position and increase our focus on growth, both organic and through strategic acquisitions.

The new financial objectives adopted by the Board make this ambition clear. We have added a financial objective for annual growth of at least 10 per cent including acquisitions. We have also raised our operating margin objective from at least 8 per cent (EBIT) to at least 10 per cent (EBITA) and aim to retain a strong financial position with a net debt/EBITDA ratio of no more than approximately 1.5x. Our ambition is also to continue to offer a high dividend yield with a new dividend policy of approximately 50 per cent of profit after tax over time, an increase from the previous long-term objective of at least one third. Our new objectives mark the beginning of the next chapter in our journey – focusing on growth.

We are optimistic about the future
I am proud that we could strengthen profitability in 2020 despite lower volumes, and am optimistic about the future, despite some continued uncertainty over the pandemic. In early 2021, revenue will be adversely impacted from the restructuring in 2020 and one fewer working day compared with the first quarter of 2020. The measures taken are expected to enable continued profitability improvements as of the second quarter.

Government grants for temporary lay-offs have reduced costs during the year, but since end of November we no longer receive these grants. The option to pay dividends has been restricted by the grants and the Board’s intention is to consider the issue of dividend after the end of May.

Some improvement in demand

Strong end to the year