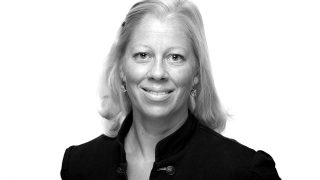 In 2020, OXE Marine launched the OXE300, the world’s most powerful outboard diesel engine for commercial users.

Collaborating with OXE Marine, Semcon played an active role in the development of the outboard’s mechanical components. The OXE300 is designed to be used in environments where strength, power, low fuel consumption and long range are crucial. At the same time, it also needed to be a safe and reliable product for all maritime operators who come in contact with it. The result was the most fuel-efficient 300-horsepower outboard diesel engine on the market.

Clear gains – both now and into the future

The OXE300 is an outboard engine for commercial use, with a lifespan 20 times that of the other outboards on the market today. If you look at life-cycle cost for operation in Europe, the engine reaches the zero point between cost and operating time at 500 hours. And at 4000 hours, the cost savings reach SEK 3 million. The OXE300 increases range by almost 80% – and with the outboard engine’s easily accessible service points, it’s easy for the operator to service it right from the boat. It also reduces emissions of:

Many areas of expertise

The OXE300 is based on the BMWB57 diesel engine. It was marinised so that it could be used in professional, maritime environments with water cooling instead of air cooling. This was accomplished, among other things, through the development of a water-cooled exhaust manifold, which reduces surface temperature. The transmission was also adapted to enable increased torque and a high gear ratio. These are just some of the components developed specifically for OXE Marine’s outboard engine.

Semcon has brought a high level of engineering and amazing delivery to this project. They've contributed with incredibly important key players and deep knowledge.

The team at Semcon consisted of experts in areas such as:

In a time-pressed project, we've been able to work agilely with OXE Marine in a cohesive team – with a high level of creativity throughout.

A project that kept growing

The collaboration with OXE Marine is one of many examples of Semcon’s extensive multidisciplinary expertise coming together to offer complete product development. And a large number of skills were involved. Initially, the assignment was focused on the development of mechanical components for the new outboard engine. But the project quickly grew to include expertise from Semcon in product information, product development and design.