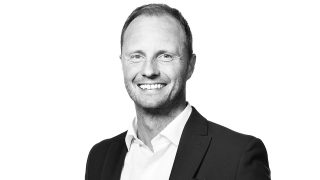 Below you will find our explanations for some of the Extended Reality buzz-words and nomenclature necessary to understand this field of technologies. All words are linked to Wikipedia or other sites if you wish to learn even more.

6DoF (SIX DEGREES OF FREEDOM) – Tracking of your head movement as well as your physical location in X, Y and Z directions in a virtual environment.

AR – Augmented Reality is the integration of virtual objects and digital information with the user’s existing environment in real time.

HMD – Head Mounted Display. Something that you wear on your head that displays information directly in front of your eyes.

HUD – Head-Up Display. A definition used arbitrarily to describe a device that displays information in your field of view. Typical examples are fighter pilot helmets visors that displays the aircrafts angle or how the T-1000 Terminator in the terminator movies is fed visual information about where to find Sarah Connor. Today HUD´s are ubiquitous and found in cars as well as smartglasses.

IMMERSIVE (FULLY IMMERSED) – an digitally generated environment that is convincing enough for the user to suspend disbelief and fully engage with the created environment.

INSIDE-OUT TRACKING – In inside-out positional tracking, the camera or sensors are located on the device being tracked (e.g. HMD) while in outside-out the sensors are placed in a stationary location.

MOTION SICKNESS – For some, exposure to rotational motions in a virtual environment can cause significant increases in nausea and other symptoms of motion sickness.

MR – Mixed reality is an extension of AR but not just overlays but anchors virtual objects to the real world and allows the user to interact with the virtual objects.

SCREEN DOOR EFFECT – A phenomenon that appears in HMD´s because projector optics typically have significantly higher pixel density than the image they project, allowing fine lines, which are much smaller than the pixels themselves, to be seen. This results in an image that appears as if viewed through a fine screen or mesh such as those used on anti-insect screen doors.

VR – Virtual Reality is an entirely digitally generated environment that the user can navigate and interact with.

WEARABLES – technology that you wear as opposed to for instance to hold or have standing beside you. Wearable XR-tech is usually AR/VR/SMART-glasses.

XR – Extended Reality is a hypernym for all technologies that extends or replaces the un-altered human perception of reality.