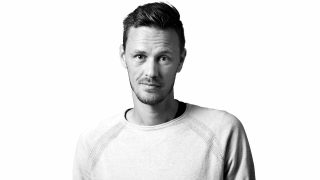 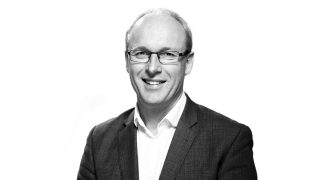 Mikael Wiktorell has been working as a software developer at Semcon for twenty years. Today, his job is largely about embedded systems and improving products with smart, connected solutions. In addition to his colleagues in software, Mikael also works with over 2,000 people with a broad range of skills who together create new technology and better products with the user in focus.

What is the best thing about your job?

“That I always get new, interesting projects with completely different challenges and conditions. The best part is being able to quickly make prototypes to show our customers that the technology we proposed works. I’m also inspired by my colleagues – those in software development of course, but by everyone else as well. At Semcon, we work with customers in all conceivable sectors and have people with extensive expertise in everything from mechanical engineering to UX and design.”

Just as in many other sectors, developments are happening very quickly and it’s exciting to be part of this.

What are you working with right now?

“Just now, I’m mostly working on a project in indoor climate for a Swedish supplier in which I’m focusing on communication between different systems. This often deals with getting everything to work together – hardware, software, and connection to the cloud and the services that exist there. I often get to be involved in all the disciplines and the breadth is exciting. I’m also working with a few colleagues on our own project – a small autonomous electric vehicle. In May, we brought it to our first exhibition and soon we will have a demo internally here at the office.”

Is the car at the office?

“Yes. We sometimes get time here for our own ideas and that’s how this got started. We have several projects like this underway in different disciplines, which is really fun but also helps us learn new things, test stuff and keep up to date. In the end, it benefits our customers because it makes us better at solving their problems.”

What kind of car is it and what can it do now?

“We found a disabled-accessible vehicle on Blocket – a little electric car that one person can sit in. It’s like an electric wheelchair with a roof. It doesn’t do much just now, but we think that it will eventually be able to drive around the office and perform small tasks. What we showed at the trade fair was that it could follow an iPhone using a technology called UWB (ultra-wideband). The last time we demoed it, someone here put up some pictures on LinkedIn, which led to an automaker getting in touch with us. They wanted to come and look at it because they were also testing autonomous technology with a little electric car.”

How do you manage to stay up to date?

“I wouldn’t be able to manage if I didn’t have a passion for what I do. I still feel a hunger to learn new things. Me and my colleagues all love to build and create and it feels like we’re constantly discovering new things. Keeping up to date isn’t something I think about. It just happens naturally. We share a burning interest in what we do.”

Are there any previous projects you can tell us about?

“Yeah, we collaborated with a company to develop a system for autonomous drones to inspect the shell protection at a Swedish airport – that is, the fence around it. It’s a legal requirement that this is done continuously, and it was more effective with a drone that automatically flew and filmed.”

“The same system was also tested by a fire service, which sent the drone out to film the area around fires, and by an energy company to inspect overhead lines. An aircraft variant (to cover long distances) was also tested to distribute medicine to people living on the islands in and around Lake Victoria in Tanzania. It was fun. We were out early with that technology.”