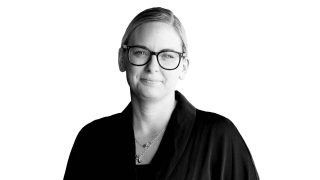 With 68 stores in 47 Swedish cities, Hemmakväll is the country’s largest candy store chain. When the company decided to improve their digital offer to increase customer loyalty, they turned to Semcon’s digital experts.

The change has been big and fast for Hemmakväll. The company has gone from being a chain of video rental stores to focus entirely on candy and snacks. The chain has also made large investments in their digital offer, with the goal to increase returning customers. To make sure they put their energy in the right place, Hemmakväll chose to ask what their customers wanted. After dialogue in social media and member surveys, it quickly became clear that an app was the best way to meet the customers’ wishes. Semcon was tasked with creating it and began to find out in detail what drives loyalty among Hemmakväll’s customers.

The most important thing with digital services, and apps in particular, is to have a very good idea about why they’re created. And for who. We always begin with understanding the user as well as we can. Hemmakväll had already done a great job in this area, that we used in order to decide where Hemmakväll’s and their user’s interests could meet.

It quickly became clear that the users wanted to feel chosen. For Hemmakväll it was important to give the brand’s playfulness space and that their digitally responsible could update the app themselves. The result is an app containing quizzes, personal offers based on taste profiles, digital stamp cards, inspiration and integrations with other services. The customers will find it’s easier to shop and that they will be rewarded for every purchase.

To develop an app, and especially and app for a loyalty program, isn’t something Hemmakväll has done before. That’s why they searched for an experienced partner to help on the journey. From the first meeting with Semcon, they felt that they had found what they were looking for.

Jenny and her team have been fantastic during the entire process and I probably can’t say anything else than that they’ve been my safety in a project that’s been big, scary and incredibly fun. Together we have built something that we’re unbelievable happy with - Hemmakväll’s own member app!

Semcon’s team consists of a project manager, a UX specialist and an app developer. The app is built in Firebase and the CMS is created in Flamelink, which makes it simple for Hemmakväll to update the app themselves.

Even more digital expertise under one roof