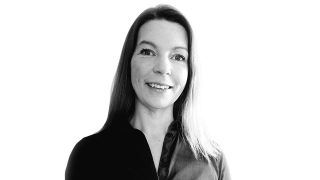 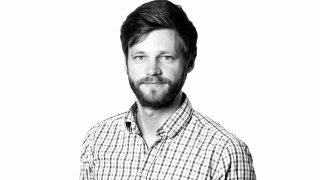 The team manager who helps the company grow.

Oscar Adolfsson works as Team Manager for in-house operations at Semcon in Örebro and Karlstad. This means that he is one of the cogs in the wheel working to get the project and in-house components of Semcon’s operations to grow. Read Oscar’s story about moving from working as a consultant and design engineer to selling and driving multi-million Swedish kronor projects.

Many people think of Semcon as a pure consulting firm with consultants that are hired out to other companies. But since 2016, our in-house operations have been making great advances, and it’s my responsibility to make sure these developments continue in Örebro and Karlstad.

I started as a consultant and design engineer at Semcon in Karlstad in 2010. During my first six years, I had three long assignments and only one single day as an unplaced consultant. After working for a while as an engineer, I began to get increasingly interested in trying out the role of project manager. During the last week of my parental leave, I called my manager and asked if I could jump in as temporary team manager in Örebro. Eager to take on a new challenge, I arranged for a babysitter during that last week, and what I had first thought of as a temporary solution instead became the journey that I and our in-house operations have been on since then, and which has evolved into the role I have today.

It is an amazing feeling for a salesperson to be able to ring the bell when you’ve brought in an order. For example, the continuation of a feasibility study on an entirely new production line. When I started as a consultant, I didn’t at all think that sales would become my thing. Engineering and problem-solving were my focus areas. But this is one of the greatest benefits of working at Semcon – that you can advance your career even if you stay at the same company. In my 12 years at Semcon, I’ve always felt that I’ve had people behind me every step of the way, giving me chances and actively working to help me develop. My managers have been responsive and listened to my requests and career goals. This is a really important part of the culture at Semcon.

I suppose a bit of grit and determination have helped a lot as well – something my former athletic career in high jump has helped instil in me. Because high jump is an individual sport, you have to learn early to set clear goals and push yourself onward. But you also always train in groups, so the sense of teamwork and team spirit are always there, too. I remember how I felt when I lost my first quote in my new role. I was so incredibly bitter about losing a SEK 15,000 deal. Today, that’s small change. When we bid on a deal for a half-million that first year, it was huge and scary. Today, I just made two deals for SEK 600,000 each.

The in-house operations in Karlstad and Örebro have grown from our first days, when my team revolved around an established contact with two customers and kept a couple of engineers busy, to a steady and significant expansion over the years. I’ve become more self-confident in recent years because I know that we have the skills and expertise throughout Semcon. Today, we sell all of Semcon and not just one office. We have, for example, just completed a feasibility study in production development that involved seven Semcon offices, which today feels totally natural. Help, knowledge, skills and expertise exist within the company. I am confident that we can sell a bit outside of the box because we have all of Semcon’s expertise behind us, and not only the expertise that exists in Örebro/Karlstad.

I had no idea back then that I would still be at Semcon 12 years later, but as long as I have fun and varied assignments, I have no plans to leave.

Project manager in production development. How I found the perfect role for me.

An automation engineer who loves to think independently

The art of delivering Kinder Eggs

Roles that make you grow