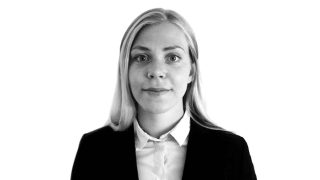 Henrik Einarsson has been working with mechanical design for over 30 years, the last 15 years here at Semcon. In the beginning of 2018, he was asked to lead a project with the goal to design an outboarder and it’s engine.

The project I was asked to lead had the mission to develop an outboarder powered by an engine originating from a car. A boat driven by this outboarder was to be tested at sea just six months later.

We started the project in March 2018 and soon discovered that the amount of tasks to work through was huge! The resources available was only a fraction of what is common on this type of projects. I asked myself: would it even be possible to succeed with this?

A team with a great mix of people

During March, the project was carefully planned in detail. From April and onwards, a formal explosion of creativity and work took place. It was a beautiful demonstration of how a group of people could work closely together and achieve amazing results. The team was a wonderful mix of people and expert skills in marine engine design, marinisation, castings, structure and flow calculation, transmissions as well as expertise in fast boat racing and concept development.

In an engine, there are hundreds of parts that need to be durable and work together perfectly. We used the latest in conceptual development and prototype technology, but what it came down to in the end was that everyone involved were dedicated and liked to work together. As soon as such an environment was established, I knew that it would be a successful project. We also had a very well-functioning working relationship between the design team and the calculation team. The design team also built the prototype on their own without any external help, which was impressive to see.

Despite having extremely limited time for the project, we succeeded in consuming less hours than planned to get the job done. The customer was of course very pleased and I got feedback with acknowledgements from both the customer’s project manager and the R&D manager.

In the beginning of November, a boat powered by our engine left the west coast heading out to sea. It worked flawlessly with a blazing acceleration beyond expectation. And yes, the boat and engine returned safely.

If you want to see some of the work behind-the-scenes and the first time prototype being tested in real life conditions, you can watch this film.

Facts
Name: Henrik Einarsson
Title: Lead engineer
Education: Master in mechanical design
Worked at Semcon since: 2003
I have most fun at work when I…: am in a group with people who thrive at work

How I got into AI