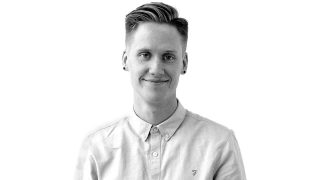 “Sofie, would you like to be part of our new communication campaign. We will put together a project team with women only. What do you say about that?”

I didn´t have to think about it for long. Of course I wanted to!

Suddenly a new perspective opened up for me, something I hadn´t really reflected much about before. I have rarely had women team members in my projects for all these years I’ve worked as an IT Project Manager. It’s been the same at all the companies I’ve worked for.

This is my day-to-day work and I had not thought that it could be in any other way. I had not seen the imbalance between women and men in my industry as a problem. The Add Perspectives project has opened my eyes to the different perspectives that actually can go missing when project teams consists mainly of one gender.

There is no doubt that many products on the market lack women’s perspectives. When we asked the public for suggestions of products that could be improved, primarily for women, we received more than 500 suggestions in a very short period of time. So what is the problem? I think there are a couple of different perspectives, for instance culture, heritage and tradition. For example, if you google images of an engineer, you’ll find that the traditional engineer is a man. And they say a picture is worth more than a thousand words. We definitely need more women in technical professions.

I also believe it has to do with a lack of knowledge. Traditionally, product design has had a focus on the technical solution rather than a user focus. The target group hasn´t been analysed and the engineer has based the development on himself – in other words on his male perspective.

The gender issues in the engineering industry has not had the focus it deserves. We need to talk about it! I feel proud to work at a company that chooses, not only to talk about it but also to highlight the gender issue, both within the company and externally. Semcon has a clear communication where we focus on product development based on human behaviour and dare to question the traditional male engineering stereotype. One of many examples of such an initiative is the Add Perspectives project, where Semcon in the spring of 2018 put together an all-women team, to highlight the problem. Of course, neither I nor you nor Semcon think this is the optimal project team, as well as the fact that many teams today still consists exclusively of men isn´t a better option.

The optimal project team consists of people with different perspectives. One where we are willing to listen to each other and respect each other’s unique skills and perspectives. In addition, if we are skilled at identifying our users and their different needs, I am convinced that we have a winning concept. Albert Einstein said, “We cannot solve our problems with the same thinking we used when we created them”. Spot on, Albert. Let’s create the conditions for changing our way of thinking and let’s add new perspectives to our product development.

Facts
Name: Sofie Askenbom
Title: Project Manager and Team Manager at the Digital Development department at Product Information at Semcon Göteborg
Education: Bachelor of Science in Business Administration and Economics
Worked at Semcon since: 2016
I have most fun at work when: me and my colleagues together deliver a creative solution that no one thought of before and thus exceeds the customer’s expectations